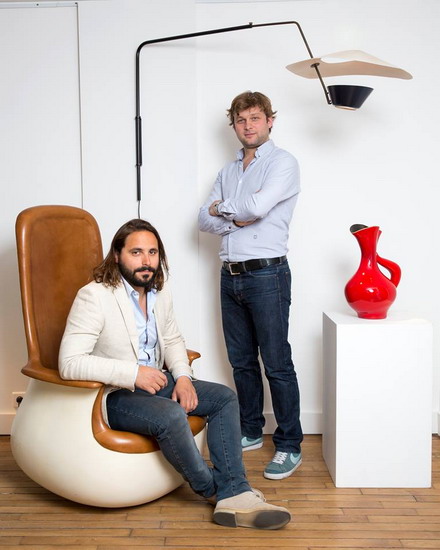 Galerie Meubles et Lumières was born through the meeting of two young antique dealers, Alexandre Goult and Guilhem Faget. After 10 years of experience each and honing their expertise at the Puces of Saint Ouen, they knew how to establish themselves amoung the furniture and lighting specialists of French and Italian design from the 1950's to 1970's. Located at 58 rue Mazarine, the galerie offers a selection of pieces from various designers who marked the second half of the 20th century, such as Robert Mathieu, Pierre Guariche, Gino Sarfatti, Maria Pergay and Pierre Paulin as well as from some of the best manufacturers like Fontana Arte, Verre Lumière and Disderot.

Rich in experience and always in search of rare pieces, they want to make their new space one of discovery where well-known designer pieces mix with those of more confidential designers such as Claude Morin and Ben Swildens, as well as Jacques Biny and his manufacturing company Luminalite.